Check out this video to find out why.

At first, people are normally apprehensive that an electric chainsaw can compare to a gas chainsaw in terms of power. However, these chainsaws are extremely powerful and are certainly rivaling gas-powered chainsaws. Plus, there are so many benefits are clearly in favor of electric chainsaws. For example, electric chainsaws have batteries that run on electricity rather than fuel. This makes them quieter, cheaper, and less expensive to run. It is hard to argue with a trio of benefits like that. The benefits speak for themselves. Another thing that people don’t even realize is that the batteries are easily replaceable. They also easily swipe out with batteries of other tools from the same brand. This creates flexibility. If one tools battery runs out, you can swap in another battery while that one charges. Plus, it doesn’t hurt to have an extra battery on hand. 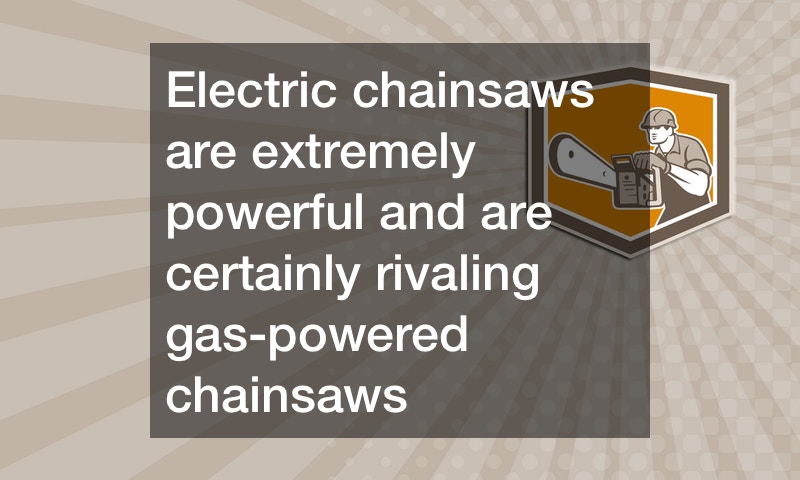